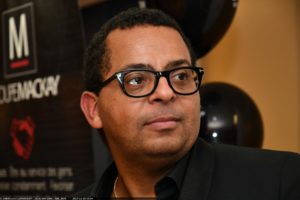 Close to 300 people were in attendance at L’Entrepôt concert hall on November 15th and they did not leave disappointed as Gregory Charles put on one of his signature high-energy shows that left everyone on their feet and wanting for more!

True to his unique style of entertaining and well-known for interacting with his fans, he asked audience members to suggest a specific year to him and went on to sing top hits from every year that was suggested between 1938 and 2017. On several occasions throughout the show, the audience sang along with him and from beginning to end, he had the crowd in the palm of his hand.

Gregory Charles’ appreciation for his fans and his generosity were in full evidence on stage, but even more so after the show, as he signed autographs and had his photo taken with people for well over an hour.

“We are thrilled with the success of this event and wish to thank those who participated as well as our sponsors.” stated Jacques Filion, Chairman of the Lachine Hospital Foundation. “It is through community-driven events like this that the Foundation can carry out numerous hospital-wide improvements that serve to enhance the high quality of care that our patients receive.”

To see all the photos from the event, visit our Facebook page

Thank to all our sponsors